Just as technology permits us to trace the echo and view an image of, for example, the beat of the heart, here it has allowed me to capture and reveal a trace of my own rhythmic movements when creating a row of back stitch. Whilst sewing a stitch, each of us develops our own attractor*, the dynamic system or pathway that our hand, needle, and thread travels along to make it. This piece makes visible the mark of my own hand when producing this basic stitch. The first section alludes to the adjustments in my gesture needed to make the stitching fit a particular situation, the second refers to the way in which the flow of the repeated motion alters according to the speed I work at, and the third, to the continual repetitive action needed to produce a series of back stitches which then gradually constructs an echo of my own personal attractor for this stitch. 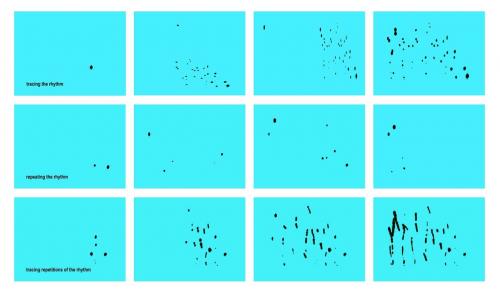 Stills showing each section of this piece. 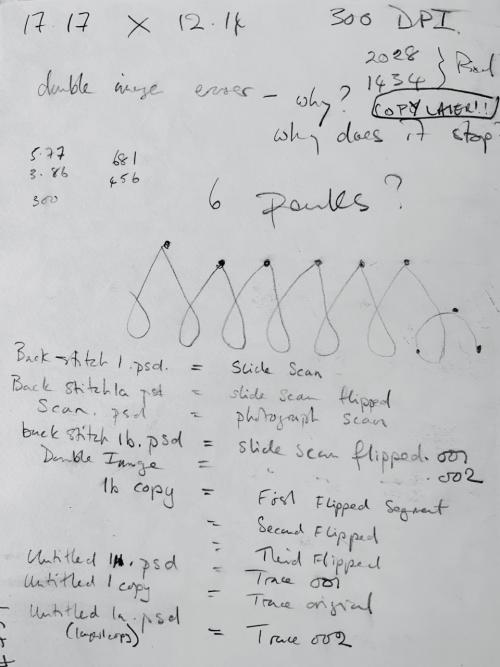 Some sketchbook workings out of just how to construct this moving image piece. 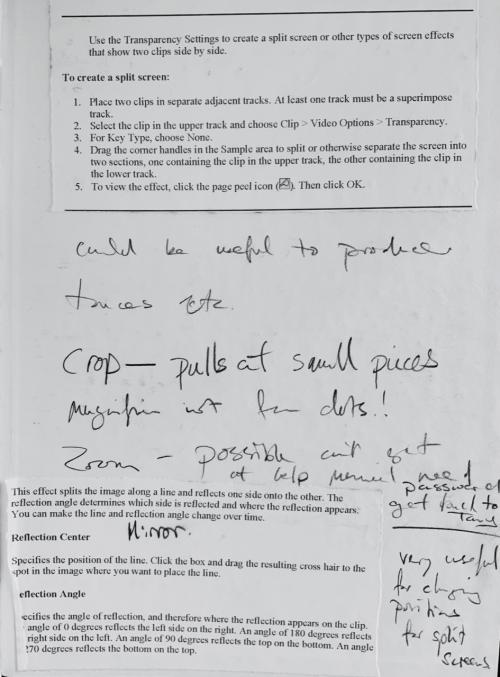 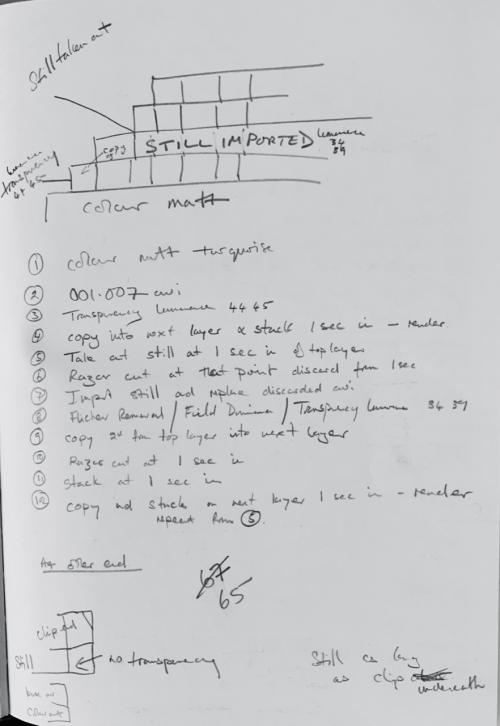 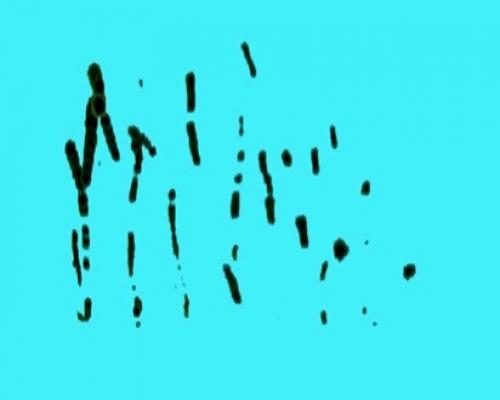 Still of the final image of this piece showing the piecing of the echo of my back stitch attractor from a moving image trace.