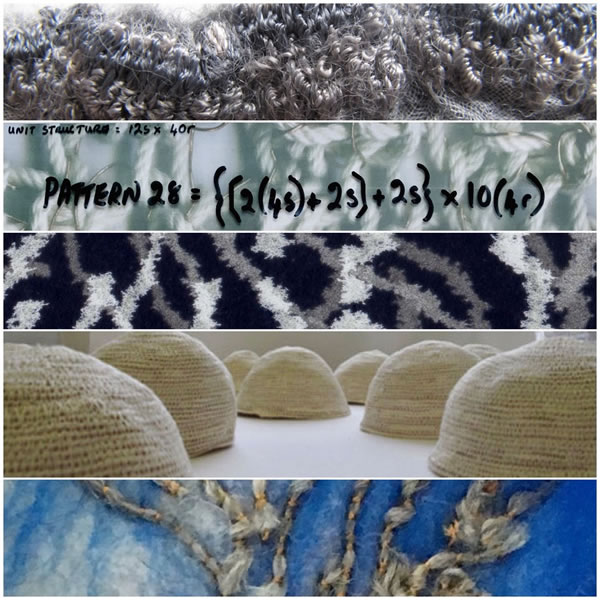 My work manifests itself through a mixture of photographic and drawing research, out of which pieces will slowly evolve. I usually experiment with a variety of processes until the right medium is found for whatever I am working on which increases my technical expertise. These activities deepen my understanding of what drives me which very simply is about how our world works. I try hard to understand the actual maths and physics behind what I instinctively know, see, and feel but don’t pretend the rigorous inquiry of a scientist. However, I come from a family of Physicists and Mathematicians who are happy to help clarify issues within my research.

When I started my practice over 20 odd years ago, somebody said to me my work was interesting but really had no political meaning. It was then and has always been, about asking the viewer to look at how everything is interdependent and totally interconnected. These days this is not an odd thing to think or say and is of course, overtly political. Patterns are all around us and are a way of understanding our universe and if you dream and drift, watch, look and learn from nature, become aware of your own interactions with what is around you, you begin to find and discover the most extraordinary connections between it all. A simple example of this is to observe the density map made by the stars in the night sky, the density map made by birds in flight, or the density map made by electron clusters around an atom.

The following quotation from Gregory Bateson’s Mind and Nature, A Necessary Unity (2002), seems to me, to sum it all up….

"We have been trained to think of patterns, with the exception of those in music, as fixed affairs. It is easier and lazier that way but, of course, all nonsense. In truth, the right way to begin to think about the pattern that connects is to think of it as primarily (whatever that means) a dance of interacting parts and only secondarily pegged down by various sorts of physical limits and by those limits which organisms characteristically impose."

The Hall Gallery at Sterts: Reflections of a Journey Woman 2019